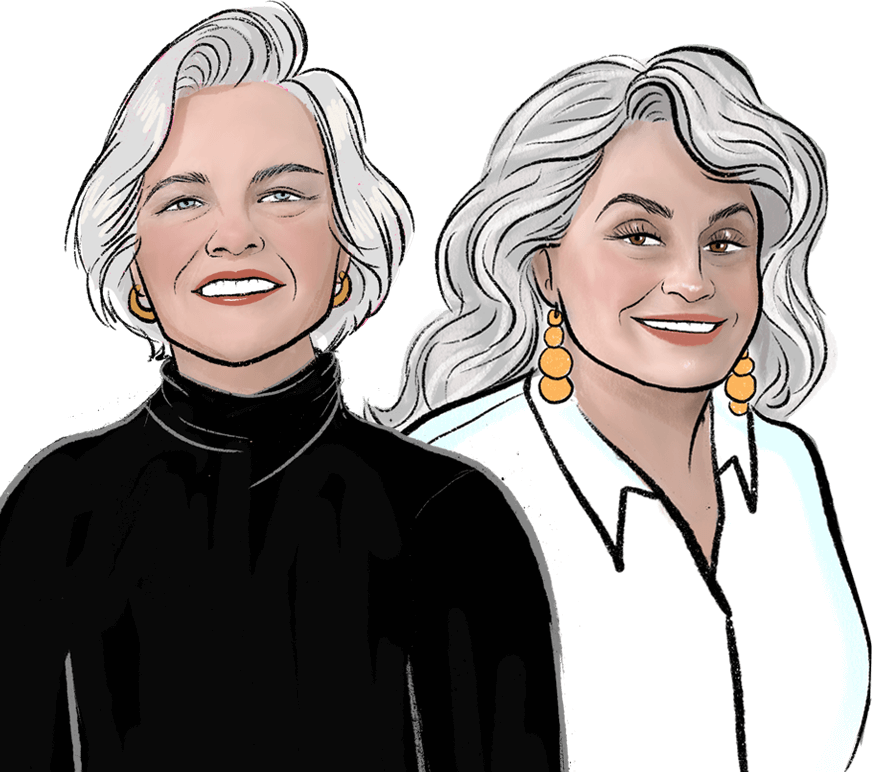 Susan and Evelyn have worked behind the scenes with countless legendary artists & musicians since the late 70’s. The power duo are legends themselves in the eyes of Nashville’s Music Row and beyond. Now, they are bringing those backstage stories and unbelievable moments with a substantial amount of unexpected, sometimes brutal, honesty to Shady Ladies of Music City. 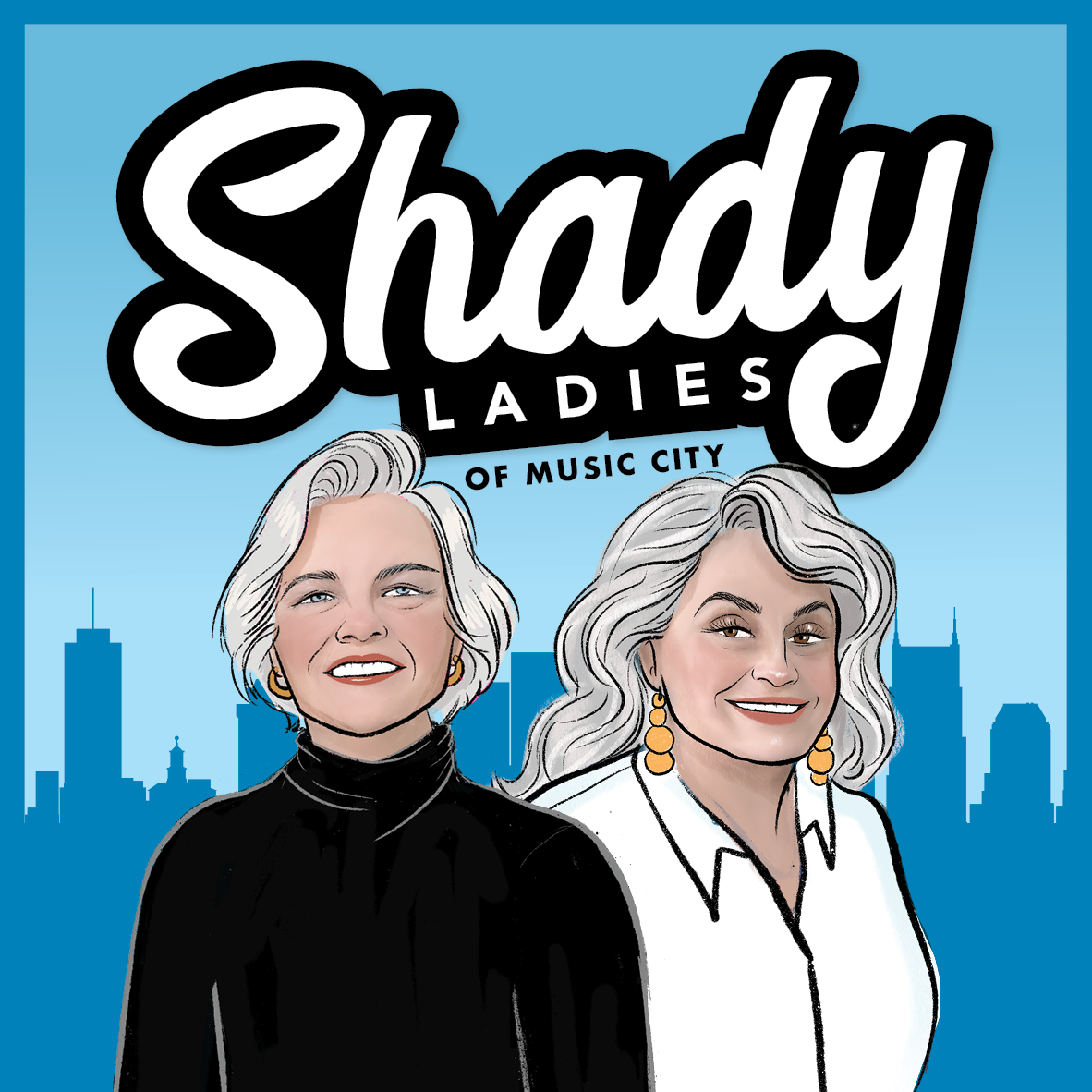 Available on your favorite PodCast App!

When Susan Nadler and Evelyn Shriver arrived in Nashville, no one, including themselves, could have predicted the path they would forge. In a matter of only a few years, these two women infiltrated, and subsequently flipped on its head, the Nashville music industry in the 1980s and 90s. Eventually becoming the first women ever to helm a major Nashville record label, Asylum Records, Susan and Evelyn demanded a seat at the table that was largely made up of men. Along the way they catapulted the careers of legendary artists like Randy Travis and Tammy Wynette, smoked weed with Willie Nelson, were named honorary pall bears at George Jones funeral, one got arrested in Mexico while the other went roller skating with Cher, and both largely ignored the advice of every one of their male counterparts that came before. The Nashville Scene said that they were “leading the next wave of female music industry executives” at the time, and upon hearing that they were appointed to head Asylum, Tammy Wynette wrote them to say “I would love to be a fly on the wall when the good old boys come to Susan’s office and she turns them down.” Now, they are bringing those backstage stories and unbelievable moments, with a substantial amount of unexpected, sometimes brutal, honesty, to their podcast “Shady Ladies of Music City.”

Equal parts music, comedy, and female empowerment, “Shady Ladies of Music City” is a tell-all podcast recorded and produced in Nashville, TN and brought to you by Monument Records.

So, be sure to subscribe and they’ll be sure to catch you off guard. Light one up and lighten up!

Susan Nadler’s first foray into the public eye was with a book she wrote about the time she spent in a Mexican jail – but that’s a story for another day. After finally settling in to life in Nashville, Nadler stumbled into a career in PR that would ultimately change the course of country music forever. Working with Tammy Wynette, Bobby Blue Bland, and Farm Aid, among others, and managing the career of famed country star Lorrie Morgan, Nadler built a network of legendary artists by doing things her own way. After meeting fellow renowned publicist, Evelyn Shriver, in 1988, the two teamed up to helm Asylum Records, making them the first females to run a major Nashville label. In 2001, Nadler and Shriver formed Bandit Records and released what would be the final masters from the celebrated George Jones, including the Grammy-winning album “Cold Hard Truth”. Most recently, Nadler has served as talent executive of PBS-TV show Soundstage. Nadler is a published author of three books including her autobiography about her time in prison “The Butterfly Convention”, “Good Girls Gone Bad” a collection of interviews from female prisoners, and her children’s book “Silfa, A Fairy Tale”.

Evelyn Shriver moved to New York City at age 17, intending to be the next Linda McCartney. She didn’t become Linda, but instead began a career in PR that would shatter glass ceilings and rock the country music world into a new era. At her first job in the industry, she worked with clients like Bette Davis, Joan Crawford, Cher and Diana Ross, and went on to be part of the team that launched People Magazine, Entertainment Tonight, and MTV. After moving to Nashville in 1986 Shriver heard a young unknown named Randy Travis, and signed him as her first solo client. And the rest, as they say, is history. In 1998, Shriver went on to become the first female president of a major label in the history of country music when she took over Asylum Records, alongside friend and fellow publicist, Susan Nadler. In 2001, Nadler and Shriver formed Bandit Records and released what would be the final masters from the celebrated George Jones including the Grammy-winning album “Cold Hard Truth”. Most recently, she has served as talent executive of PBS-TV show Soundstage.